This site includes pictures from the families of John Peter Lindquist and Regina Therese Lundquist (Rina) the father and mother of Bernice Irene Lois Lindquist who married August Victor Swanson.

The father and mother of Regina Therese Lundquist was Thomas Anton Lundquist and Hedda Sofia Nordstrom who came to America from Sweden.  They had five children. 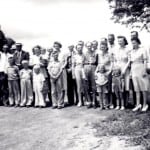 The Lindquist, Norburg and Sandberg Families 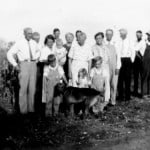